a chronology of thoughts. welcome
"I see when men love women. They give them but a little of their lives. But women when they love give everything." - Oscar Wilde Recently I've realised I use Tumblr a lot more than Blogger and it's a lot easier to post little snippets than a full length post. I will still keep checking back for updates on the blogs I follow, but I will no longer post on this blog.

My adventures on Blogger have been fun and it has taught me a lot of things - coding, the art of blogging - so it's been an invaluable time of my internet life.

If you're still interested in following me and the ordinary events of my life, please follow my Tumblr > http://jdiary.tumblr.com
2 comments | Leave a comment
← Permalink ↑ Back to top
For Audrey + Important News 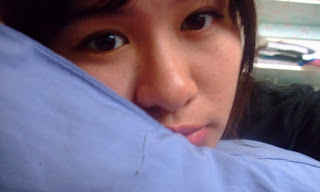 I originally typed this up 2 nights ago, but Blogger was being difficult with the uploading of pictures :( And I wanted a post with pictures because I owe that to you guys :)

Last week I made an online order for China Glaze and as soon as I clicked the 'Send Payment' button, I regretted it.
However, as I unpacked the whole thing, any regret that I had slowly went away... 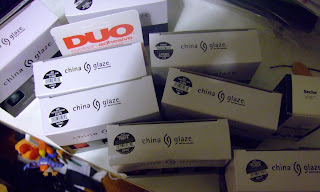 This is the shade I've been waiting out for: For Audrey.
As soon as it was instock on the website, I had to get it! And 2 more... just in case. 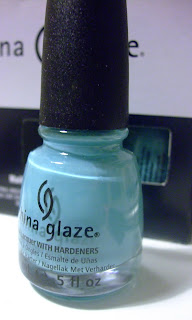 I've used it and it's more of a summer colour, so I'll save it for then!

Speaking of buying things, I bought a few things to get a little crafty (as soon as I can find some time!).
For some necklaces, I ordered some antique charms and Swarovski elements. 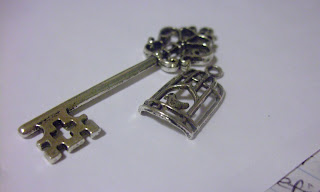 This one is my favourite of all the ones I ordered. 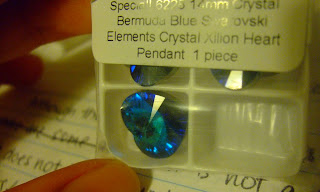 Buttons for my first sewing project! 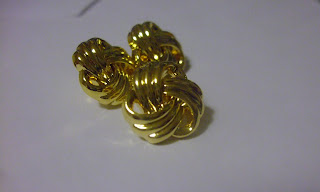 I went to an auction for an assignment. Getting the required materials for the assignment seemed a lot harder, but we just had to ask the agents for the contracts and they happily gave them to us. 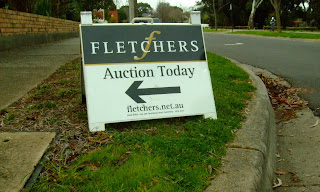 We actually arrived at the house too early, so my assignment partner and I spent some time at the park nearby. She got her bag stuck at the top of the slide as she was sliding down, haha! 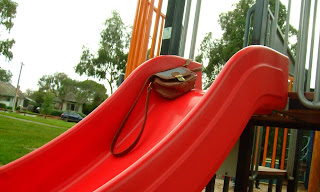 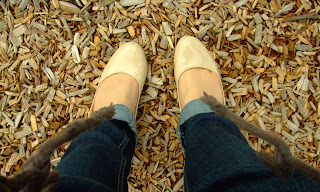 I'm trying to study hard ;~; But I left an assignment to the last 2 hours today and was rushing to finish it so I didn't do a very good job... 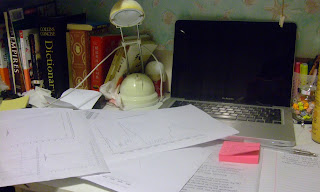 On a more serious note, the next post may be my last on this blog. Perhaps its time to move on from Blogger. It's not giving me the same spark as it used to. I'm not giving up on blogging entirely. It's just that I'd like to express my feelings as they come, not as a summary of my day. I think Tumblr is more appropriate for that.
3 comments | Leave a comment
← Permalink ↑ Back to top
And frustration ensues.
Hellooooo!
As of late, I've been quite frustrated with the events of my life.
1. My hair
My fringe is still in a state of ... ugliness. It's still too short (as I tend to like my fringe covering my eyebrows) although it has grown. I just wish my hair would grow faster in general >_>
I feel a lot of resentment for the hairdresser who cut my hair. I mean, how bad of a hairdresser must you be if you can't even judge whether or not you cut someone's fringe too short?!
I miss my long-ish hair. And my side fringe.
Definitely will bring Lightning's picture to the hairdresser next time. I want the fringe starting from the crown of my head and kinda choppy.
2. Lack of Sleep
This might be the reason why I'm overly angry/frustrated. I haven't been sleeping well, and I average around 4-6hrs a day. Despite this, I still stay up until 1-2am each night.
3. Assignment
My Business Law assignment requires me to go out and look for a house that is being put up for auction and get the buying contract (or something along those lines). I don't mind the writing up of the report and whatnot. I just dislike the actual field trip to the auction. I know that they're trying to make it more interesting but... yeah it's just me.
4. Games
This one leads into my next frustration. I got around to playing Dissidia 012 and I really like it so far. If it weren't for the fact that I'm quite nooby at these games and still don't really know how to utilise my characters properly (except for Vaan). If I lose a particular battle multiple times, then I just really frustrated at my incompetence at games.
5. Installing Windows
This was just one wrong thing after another. Because of Apple's way of filing, I couldn't partition a certain amount of HD space to Windows. And Apple doesn't really have a way for defragmenting hard drives, so I chose to completely wipe clean my hard drive. As easy as this actually sounds, it took me A LOT longer to finish installing it. If I had known exactly what I was doing, it probably wouldn't have taken longer than 2 or 3 hours.
My attempt took 24+ hours.
6. Work
Just stupid people being stupid. Just because it's David Jones, and the section says it's 'Meals To Go' does not mean that we customise your orders for you. No we do not put salads on a plate because my manager told me not to, so don't give me that look. No, I cannot put your salad in a baguette because you are a picky eater. Don't give me your snarky look because you made your order sound like you wanted three salads in one container when you really wanted three separate ones and I then tried to clarify. And for the love of all that's holy, don't make me make your stupid roast meat bread rolls one by one, it is extremely time consuming. Just give me the number of rolls you want, and the type of roast you want and we can be friends.
God.
7. Injuries
I sliced my finger open today while I was making someone's order. It's not the first time this has happened, but the cut was definitely the deepest I've made. It just kept bleeding. They had to get the First Aid officer to clean up my cut.
8. Earrings
My order for these winged earrings arrived. However, I misplaced them somewhere :( Seriously my stupidity amazes me. 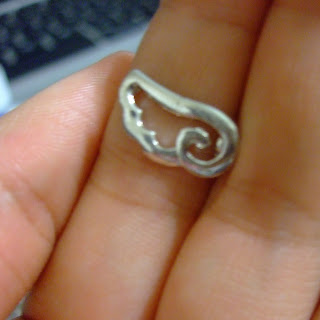 /endrage.
On a nicer note, the other week there was a vintage market place at Melbourne Central. I really wanted to buy something, but I had spent a lot of money buying stuff online :( And I figured that I could make all the dresses I wanted eventually. 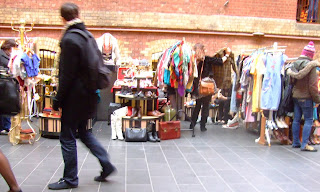 Should have gone here to eat on my Food Adventure. 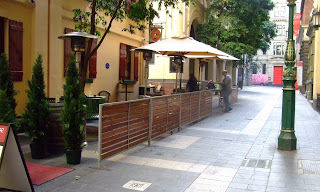